It rained all night and morning during our first day at Redwood National and State Park. The rain didn’t deter us from getting out of our tent and hiking for the day. After cooking breakfast inside our tent vestibule, we braved the cold and spent the day outside. Our first stop is to the mouth of Klamath River. The drive from Prairie Creek Visitor Center to Klamath River Outlook took about 30 minutes. Klamath River runs along Oregon to Northern California and ends at the Pacific Ocean near the town of Klamath.

Our first stop is Klamath River Overlook. Luckily, it had stopped raining by the time we arrived at the coast. The walk from the parking lot to the overlook is about a quarter of a mile and despite the short distance the view is spectacular.  There is even a beautiful picnic area right near the over look on a nice day.

Our next stop on our drive along the Klamath Beach Road is the World War II Radar Station. To guard against potential invasion from the Japansese army after Pearl Harbor, the US military built radar stations along the Pacific Coast as an early warning radar station. The top of these radar stations are built to look like a normal farm house as a facade for potential spy planes. 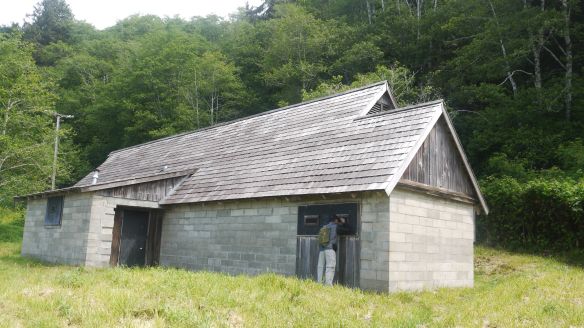 Louis peaking inside the radar station

We also took a nice stroll down to the beach estuary where the Klamath river meets the Pacific Ocean. The fish must be plentiful in the ocean since we saw a large number of seals close swimming in and out of the estuary.

We got back to the Prairie Elk campground shortly after lunch and decided to hike the 8-mile round trip Miner’s Ridge to Gold Bluffs Beach. The weather was starting to turn a bit cloudy by the time we set out. Sure enough, within half an hour of our hike, it started raining. Thankfully, we had our rain jackets and were sheltered by most of the rain walking underneath the canopy of the redwood forest. 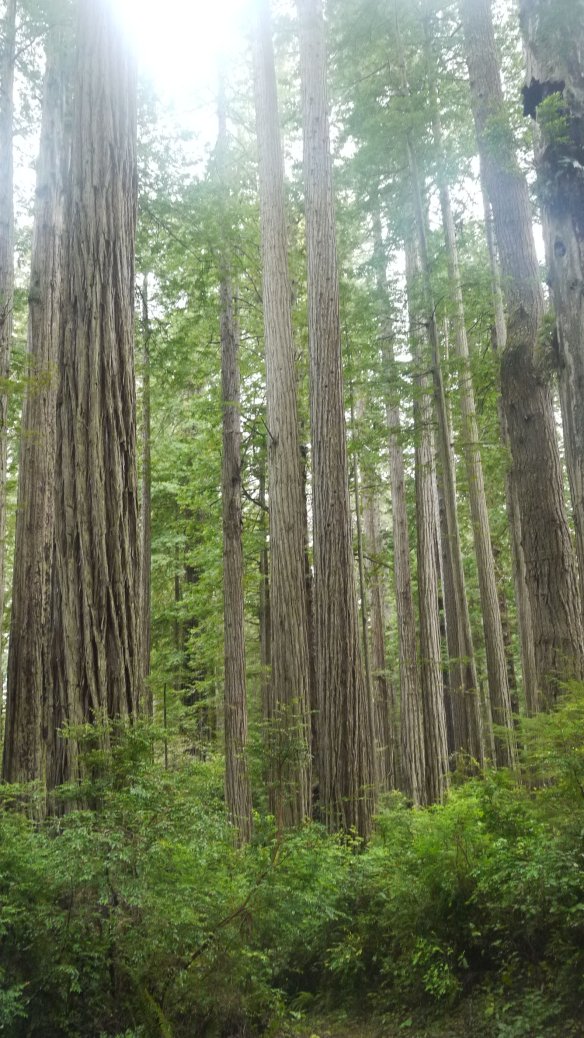 For some reason, it felt like it took forever for us to get to the beach. When we finally arrived, the weather had gotten worse and it was very windy. Gold Bluffs beach was actually another option we considered for car camping, but upon arriving at the deserted beach we were glad we choose to camp under the protection of the redwood trees instead out being exposed to the elements. 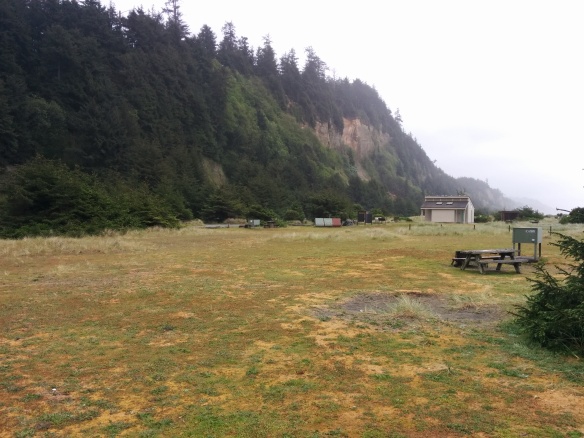 Once we returned to our campsite, we quickly cooked dinner before spending the rest of the night inside our tent as it rained steadily throughout the night.