Day 4 was another high mileage day that included ascending to the top of Half Dome. 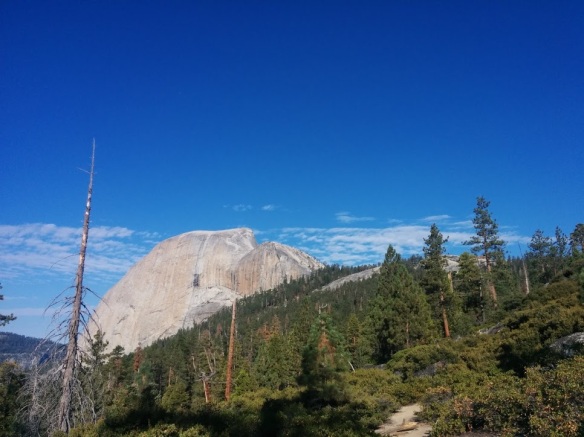 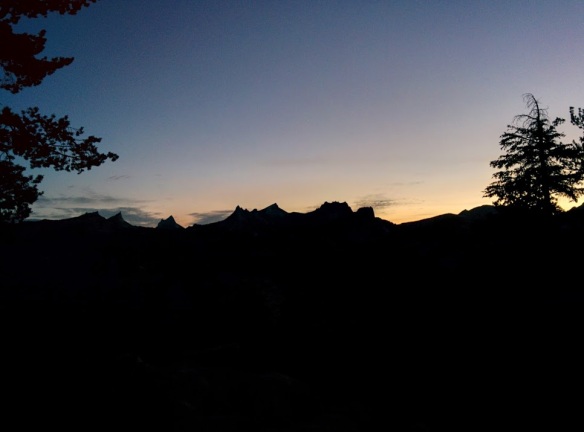 A and I woke up around 5:30 AM, packed up, and ate a quick meal before hitting the trail around 6:30 AM.  We descended quickly following Sunrise Creek.  At the creek crossing, we filled up water and continued to hike towards the Half Dome junction.  The terrain on this hike looked barren.  The prior fires burned through most of the area, leaving dead trees, and turning the creek into an orange hue.  We found leftover tools and craters from charred tree roots on the trail.  I do not recommend camping anywhere between Sunrise Creek / JMT crossing and approximately 3 miles south of Half Dome. 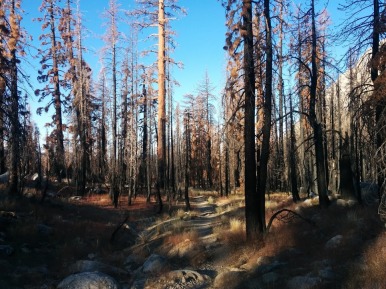 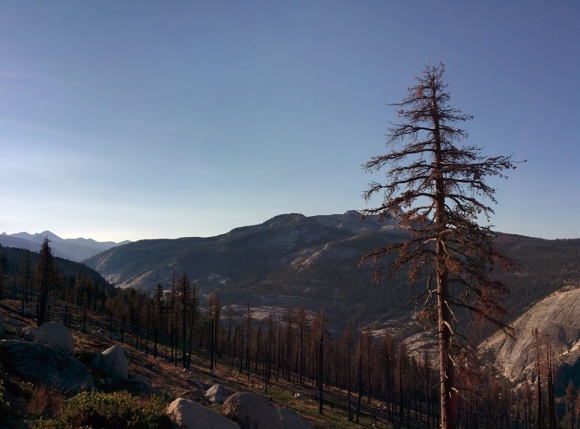 We arrived at the Half Dome trail junction around 9 AM.  On the way there we met some hikers who mentioned that you are not allowed to leave your packs at the junction. Apparently there have been bears going through packs and stealing food.  Also, be sure to have your Half Dome permit handy, there was a ranger waiting at the junction checking permits.

The hike up to Half Dome took about an hour, and was a tough climb.  The first stretch was a steep dirt double track, followed by steps and rock.  We got to the lines around 10 AM.  I told A that we should go up one by one, leaving our packs with one as the other ascended the lines.  I went up the lines, making it to the top around 10:30 AM.  I snapped a couple photos and headed back down.  The climb up was slick, required a lot of upper body strength. In the end I don’t know if the crowd and the line was worth the climb.  My boots kept slipping on the rock face and it was very clear to me that a large number of people should not attempt the climb.  One bad move and everyone on the line would fall.  In fact, a couple people decided to stay on the line and not move.  Meaning everyone behind them had to hold on and wait. 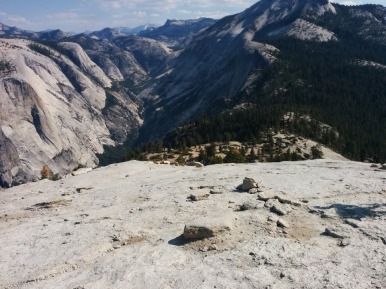 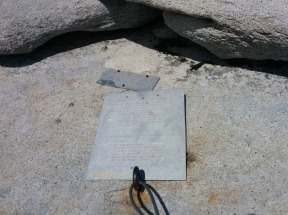 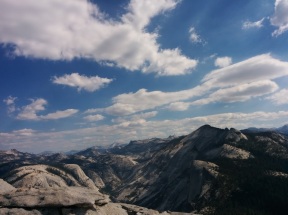 I got back to the bottom around 10:45 AM.  Mentioning to A that I don’t think I would have been able to do the climb with my pack on.  It is just too dangerous. A ascended and returned close to 12 PM.  We threw our packs one and rushed back down the trail.  We ran into the ranger, checking permits for people entering and exiting.  He mentioned he cited quite a few people without a permit already.  We went into a long detailed discussion about carrying our packs up, what worked, what didn’t.  I told him our strategy of leaving our packs behind and having one person guard it.  I also mentioned my concern about carrying my pack up and how dangerous that would be.  He took notes and mentioned that the Bear Council is considering policies – potentially forcing hikers to stay at Little Yosemite before ascending Half Dome. 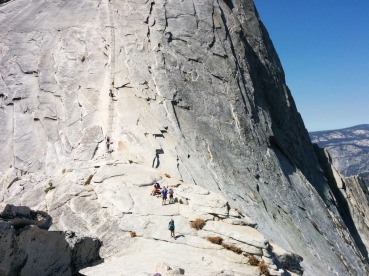 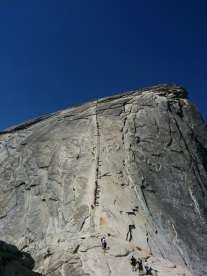 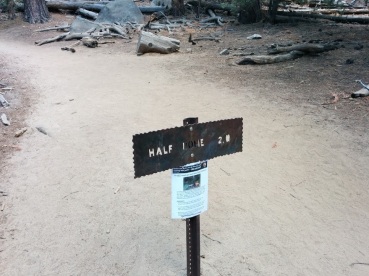 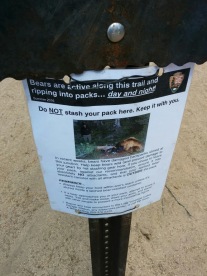 We hopped back on the trail around 1 PM, rushing back in hopes to meet E by 2 PM.  Being in lower elevation, the weather was warm and dusty.  We decided to take the Mist Trail instead of continuing on the JMT, in hopes of saving time and shaving off 2 miles from the hike – this turned out to be a big mistake.  The trail was crowded and overall not worth it. I got to the end of the trail around 3:00 PM and waited for A for another hour.  We caught the shuttle and met up with E at Half Dome Village (formerly Curry Village) parking lot.  Of course, being a good friend, E bought a coke for me. 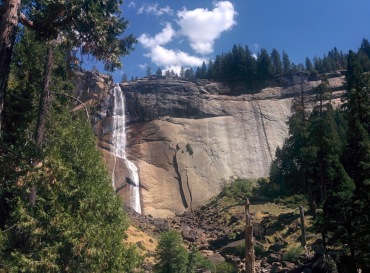 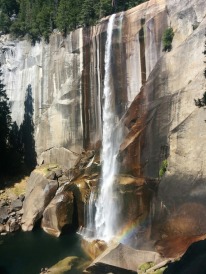 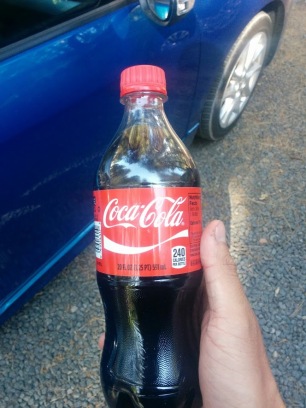 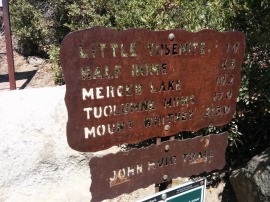 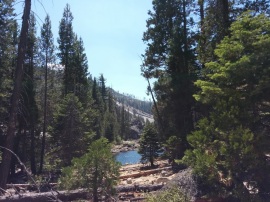 We dropped A off at Mammoth to pick up her car and parted ways.  Having ended our trip almost two days early, E and I headed back to Southern California.