We had two days to spend in Kyoto, on the first day we brought a daily bus ticket for $5 to get around the city. First stop was the Golden Pavilion or Kinkaku-ji, it’s about 8 km from the Kyoto train station but it takes about an hour to get there, it is definitely not the most efficient way to move such a distance but it was the cheapest.The entry fee to the Golden Pavilion is $5 per person, it is a short walk around the garden with a beautiful but crowded view on the pavilion. The top two stories of the pavilion is covered in gold-leaf coating, although this is not the original structure, it is almost the exact replica before the 1950 arson incident that destroyed most of the building. The garden is small and takes about 30 minutes to walk through. 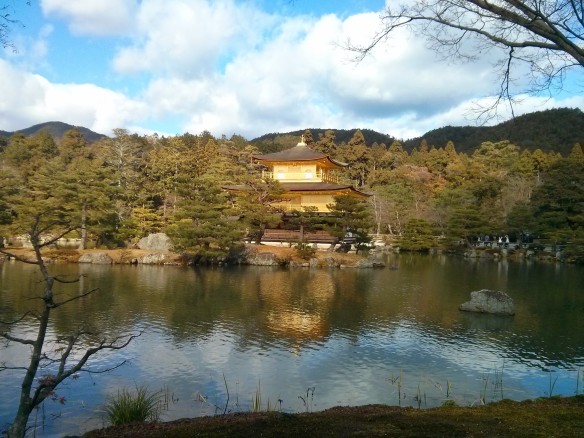 The most entertaining part of the park was not the place itself but conversing to the elementary school students from Northern Japan about their English assignment. Their task of the day was to practice English with tourists, their eagerness to learn was adorable. 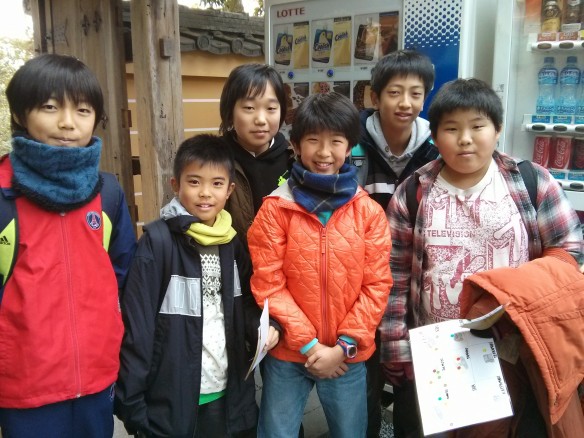 I was feeling a little overwhelmed with the massive amount of noodles we have been eating since arriving in Japan and wanted something different. After reading a Times article on 10 Things to do in Kyoto, we decided try out a traditional Kyo-Ryori lunch in the Gion district called Minoku. Since this was a higher end restaurant, we had the hotel make a reservation for us in the morning. We arrived at Minoku at 1PM, it took awhile for us to find the restaurant as nothing was written in English. 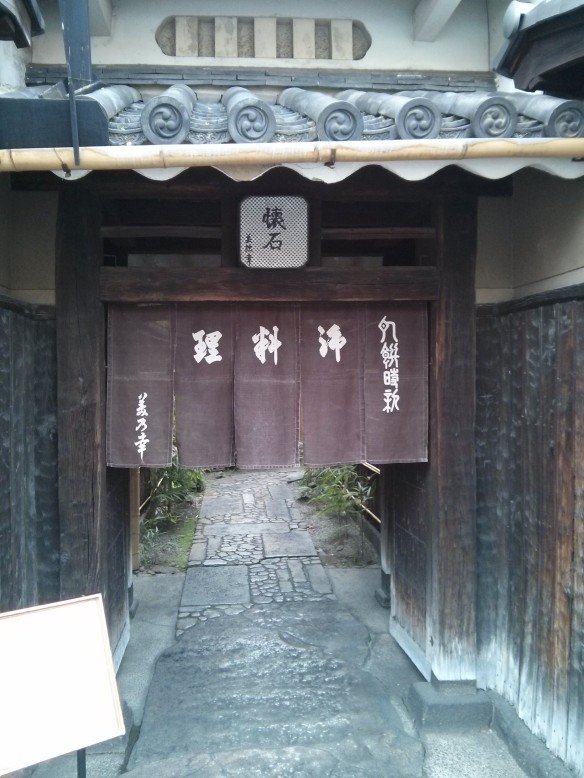 As you can read from the article, the Kyo-Ryori meal is an intricately made meal served in a bento box at lunch time and an elaborate eleven course meal at dinner time. Each item for the meal is prepared with precision and a purpose, resulting in a impression presentation of the food. Since lunch was much more affordable than dinner, for $40 per person, we received a meal put together in a multi-layered bento box. I will never look at a bento box the same again! 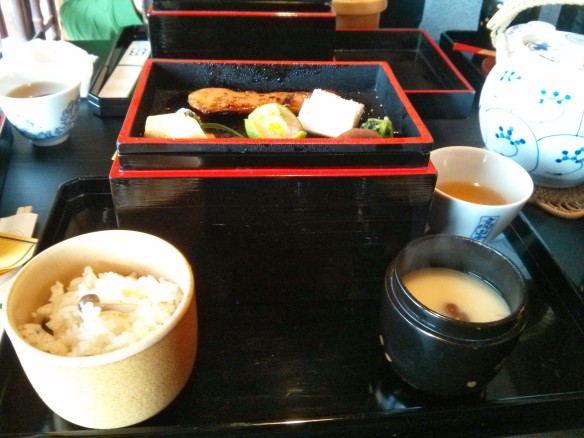 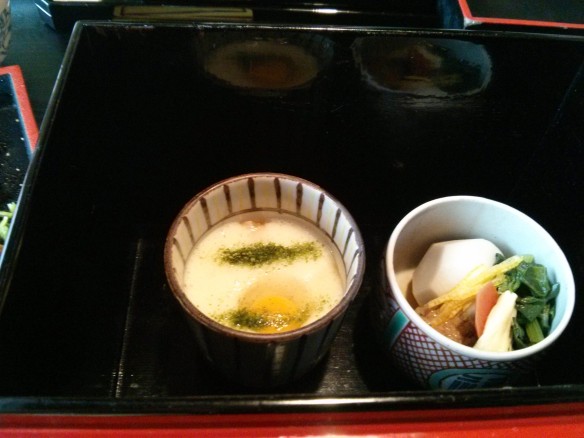 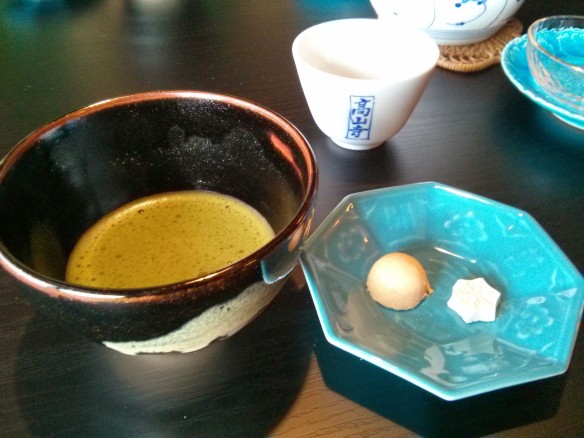 After lunch, we caught a taxi from the Gion district down to the Gekkeikan Sakura Sake Museum. The ride is took about 25 minutes and cost about $28 for the four of us, it was much faster than taking the bus. The sake museum is $3 admission fee that came with admission to the museum, two sake tasting, one plum wine and a generous size of sake to bring home. IT WAS AWESOME. The museum is small but packed full of useful information and a nice souvenir store.

Sakabayashi hung outside Sake shops, the brown leaves on the ball indicate the sake they are brewing inside is ready for drinking. 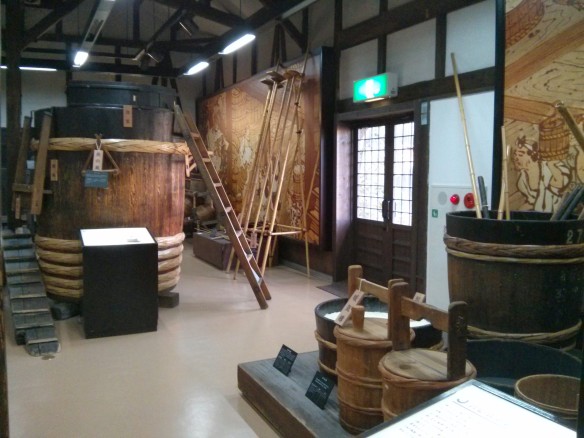